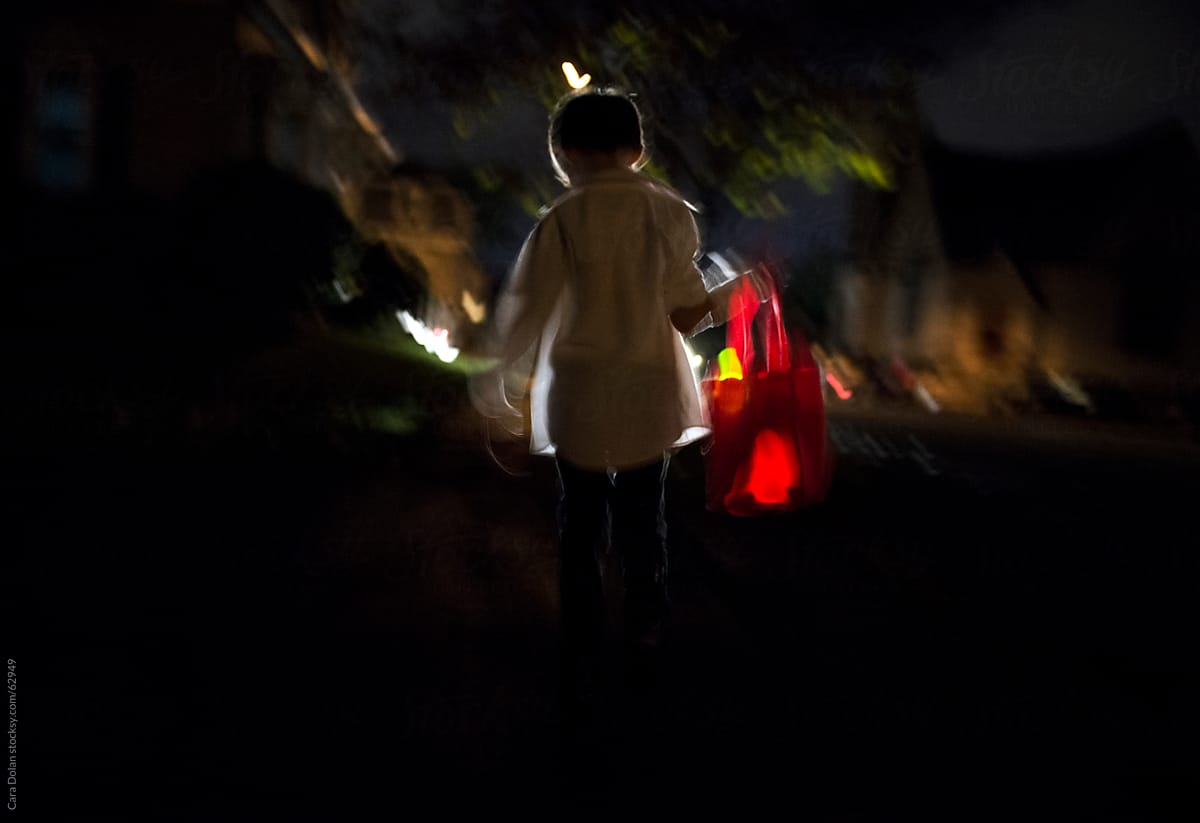 Image reposted with respect from https://www.stocksy.com/62949/boy-with-candy-bag-walks-through-a-dark-neighborhood-on-halloween-night

It was a cold rainy night in the streets of Hull. Stepping out of his garage, Oliver stumbled back into his own house, still feeling exhausted from an infuriating day at work. Tired as he was, he rushed to bed after taking a shower and brushing his teeth. Just as he was on his way to close the curtains in his bedroom, he noticed a small flash of light across the street.

“These neighbours are like paparazzi,” Oliver thought to himself as he closed the curtains. “Why would they be so interested in my personal life? I am not really that famous, am I?” Lying on his bed, he struggled to get a good night’s sleep. In his mind he was not thinking about how tilting the work was, but he was brainstorming ideas of why his neighbours would go sleepless to take photos of him as he just came home from work. Having just moved here recently, he was assured that there was not going to be any annoyances at his new house by his real estate agent, with him promising he would not hear the constant rumblings of a couple every night.

The next morning, Oliver was once greeted again by a camera flash as he opened the curtains to look at the beautiful street view. Annoyed by this constant behaviour, he tried to get a good image of the photo taker. Shocked he was as he realised the “person” taking the photo was not a person but instead a moving doll! Curious of the situation, he decided to look into the past of his own address. Realising that there have been constant murder cases happening in the neighbourhhood, he found out that was the reason the house had such a low selling price. Fearful of becoming the next victim, Oliver phoned the police immediately.

“911, what is your emergency?”A voice came over from his phone spontaneously.

“This is 10 Oxford Street, I just saw a moving doll taking pictures of me across the street and feel like I am under threat. Can you send someone to investigate this occurrence?” mumbled Oliver.

The officer on the line let out a laugh. “Are you being serious sir? A doll taking pictures of you? Are you sure that is not a child?” claimed the officer.

“I’m sure it was not a child,” replied Oliver. “It clearly looked like a doll and it ran away immediately once it noticed that I saw it. Surely a child would not be this flexible.”

“Well, I will send a police patrol over to your location. They will arrive immediately as they are just around the corner. Please stay put and respond to the officers once they knock on the door,” answered the officer.

Seeing the police car pull up at the house, Oliver immediately ran up to the officers and explained the threat he was under. Alert of the situation, the police officers told him to stay back as they rushed to knock on the neighbour’s door. Greeted by a charming old lady, the police officers questioned her about the doll.

“Where is your doll, Madam? We require it in order to assist in our investigation.”

“What do you mean a doll? There are no dolls in this house,” claimed the old woman. “Feel free to search the house. I have nothing to hide.”

After searching the whole house, both the police officers were frustrated to come out empty-handed. Tempted to arrest Oliver, they walked across the street to check on him. Opening the door, they noticed that the door was blocked by a heavy object. Convinced that Oliver realised that he was wasting the officers’ time, they smashed open the door and called upon his arrest. The “heavy object” they kicked was actually Oliver, lying in a pool of blood. Shell-shocked to see the bloody scene, they remained calm to access his wounds. Realising there was a doll’s arm in Oliver’s hand, both officers came to a conclusion that this was not child’s play, but a severe situation.

Not long after, this incident received a lot of media coverage, with some news agencies claiming this as the “mystery of the century”. With Oliver’s name now all over the news, he was finally famous, being the only survivor of all the doll attacks. However, Oliver, lying on a hospital bed, had no idea how deep he was in all this complicated saga.